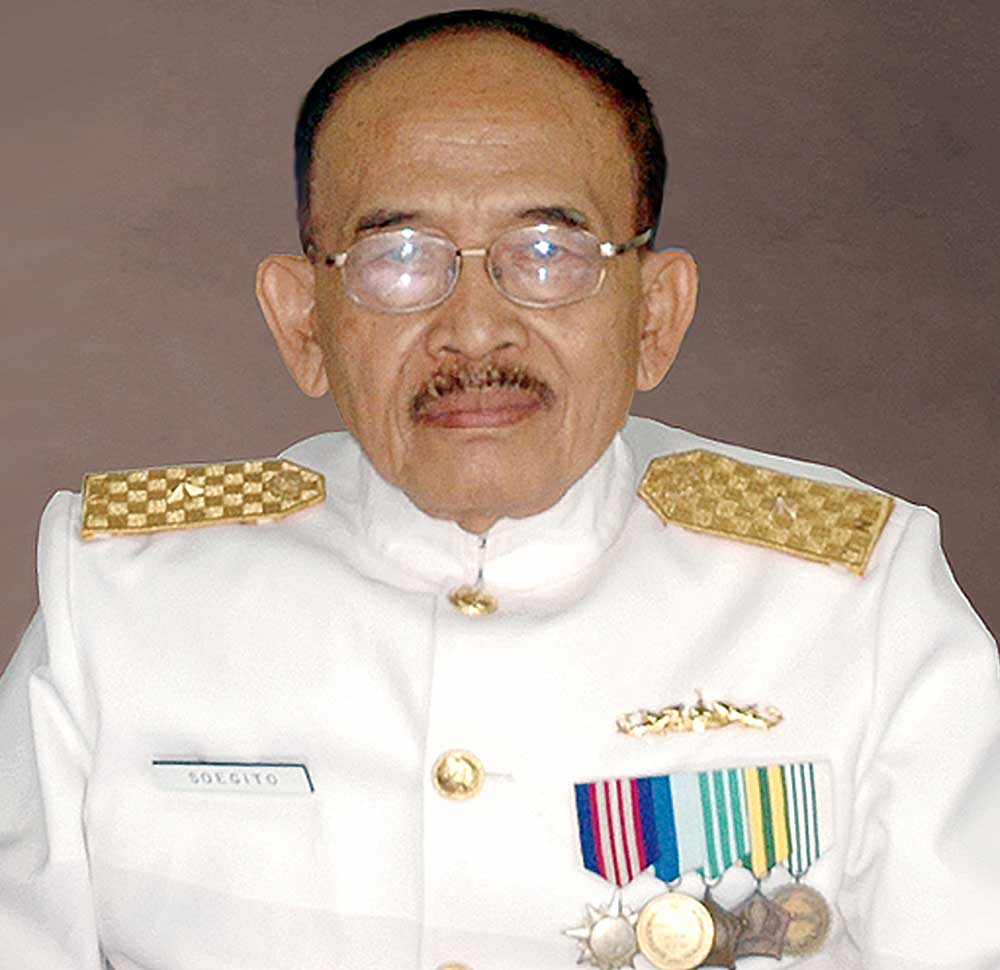 Commodore (retired) Soegito together with DR. Bayu Satya, B.Sc. are the founders of OSCT Indonesia. He graduated from Staff & Command Collage of the Indonesian Navy (SEKOAL). Later, he joined as Staff Collage of the Arm Forces (SESKOGAB) and the National Defense Institute (LEMHAMNAS). He succeed in implementing International ISO Management System Including ISO 9001, ISO 14001 and OHSAS 18001 for OSCT Indonesia.

In addition to his role as the Management Representative of OSCT Ondonesia, MR. Soegito is also the President of Indonesia Amateur Radio Organization, the Presidium of Telecommunication Society, and the Chief of PEROPI (Diving, Boating, Water Skiling, and Motor Boating).

Because of his capabilities, experiences, knowledge, and loyalty to Indonesia, he has received numerous prestigious award from the Indonesian Government, such as: SL Kesetiaan XXIV, SL Satya Dharma, SL Wira Dharma, SL Penegak, Bintang Jalasena Naraya, Sri Penghargaan of the Chief of Staff of the Indonesian Navy, and Telecommunication Adhikarya of the Ministry of Transportation of the Republic of Indonesia.

Mr. Soegito was awarded Bintang Jalasena Naraya directly by President of the Republic of Indonesia for his contributions to the Indonesian Military and Indonesian Navy. This award is the highest award given to Navy Generals in Indonesia for protecting Indonesia’s waters. He continues to actively contribute to OSCT Indonesia as an Advisor and Management Respresentative.